Back to Reviews page
I've recently been rediscovering how enjoyable Red Alert is. I don't usually play real-time strategy games and indeed am one of the world's worst RTS players, being the only person on Earth to have failed the tutorial of Age of Kings within two minutes by sending my villagers off into uncharted territory where they were devoured by lions, but this one has a lot of camp charm to it. I never got further than the fifth mission of either side when I played it around the time it was released, but I've since discovered that for the Allied side at least, victory seems to be mostly decided by how many Medium Tanks you build.

It's strange to look back on it and see how unorthodox the whole setup of it is, actually, now that the genre has evolved so much. With Command and Conquer having essentially come straight from Dune 2, there are a lot of design choices that are unique to the series - the most striking is that the only worker unit you have is the Ore Truck, which trundles around with a big scoop (often to illogically far corners of the map) and brings back diamonds and ore to convert into cash, the only resource. There's nothing physical that directly builds anything - the command to build a new structure is given from the game's sidebar, where it'll gradually drain money until it's finished, and you can only place it on the map near your other buildings when it's finished. When you do that, the structure performs a delightful animation of folding out and popping up from the ground, and hey presto - it's Battersea Power Station. Units aren't built at particular buildings either - instead, the build speed of a unit is determined by how many buildings of its type you have, and you select one "primary building" for them to appear from. I'm sure that all of these things would greatly affect traditional RTS tactics, if I had any.

Instead, I think the thing I liked most about the game when I was 14 were the cut-scenes, which weren't entirely computer-generated but were delivered by a group of complete hams who briefed you in front of blue-screened command rooms, showing you the advances of the enemy in the hope that it would distract you from their hysterical acting. They realized this for the sequels and decided to blatantly camp it up for them, seemingly choosing actors like Tim Curry, George Takei and Jonathan Pryce on the strength of their hilarity - but at this stage it was at that uncomfortable point where you really can't tell whether they were doing it seriously or not. Eccentric put-on national accents abound, and when you're being told to "Hold out against ze Russian patrols vithout letting zem capture the Chronosphere," your mind tends to drift into thinking you're watching Allo Allo - "Vhile you are doing zat, you must also protect Colonel Stavros who vill be travelling across ze Soviet border vith zis exploding knockwurst sausage, so zat he can destroy Herr Flick's cuckoo clock mit ze blueprints inside, zerefore forcing him to explain to General Klinkerhoffen his failure to recover ze portrait of ze Fallen Madonna mit ze Big Boobies."

Having two separate sides with many of their own units and buildings was an interesting idea, but for a game that apparently invented RTS balance, it seems rather unfair sometimes. They seemed to try and fob the Allied side off with superiority on the sea, but on land where most of the game is fought, the most advanced tank that the Allies can build is slightly weaker than the most basic Soviet one. And as far as base defences go, if they have enough room to build power plants, the Soviets can pretty much throw up some Tesla coils to zap electricity in an arc across about half a screen and then sit back and relax until everybody else gives up and goes home. The pathfinding AI is also looking a bit dodgy these days (but I haven't yet seen an RTS that was really very good at it even now) - when behind a crowd, units will sometimes trundle off on a comeback tour around the map in an attempt to get to their destination, and the game would also seem to imply that the Germans lost the real-life World War 2 due to their comical inability to get on to boats.

I've now completed the Allied missions, though, and I'm enjoying myself with the greater capabilities of the Russians. Tactics have taken a dramatic change, naturally - now the winner is determined by how many Mammoth Tanks you build. 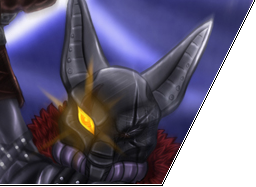